BWIR Partners With The Library of Congress

Black Women In Radio (BWIR) is committed to the historical preservation of America’s Black female broadcasters and their contributions to Black radio culture and digital media. On November 5, 2021, the organization announced the first installment of the National Black Women In Radio Historic Collection. Learn from the legacies of women who rose and conquered in the competitive field of radio broadcasting.

BWIR conducts ongoing research to capture the perspectives of Black and minority women who might otherwise be excluded or overlooked in historic conversations. One might argue this undertaking to be a safeguard to endangered collections.

The BWIR Collection will include a pedagogy to assist educators to lecture on BWIR. This research is an expansion of academic study on the cultural history of the women who contribute to their communities through media. Write to Felesha Love for more information at blackwomeninradio@gmail.com.

BWIR is proud to partner with the Radio Preservation Task Force (RPTF) which was created early in 2014. RPTF grows out of the Library of Congress National Recording Preservation Plan. Review extensive research from partners and collaborators  here. 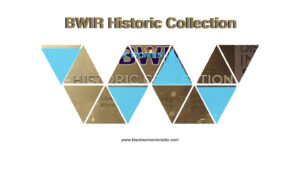 Black Women In Radio (BWIR) is a media content provider producing radio, TV, podcasting, live and streaming events, and other digital media outlets to help change the way minorities are perceived in media. BWIR leads an ongoing national historic women’s research initiative called the Black Women In Radio Historic Collection is revered by the Library of Congress as a much needed solution to remedy the exclusion of minority women in American broadcast history. BWIR is successfully connecting thousands of minority women from multi-generations, varied levels of career experience to celebrate professional contributions to Black radio culture on a National platform.

Felesha Love, who is a radio veteran and published author founded BWIR in 2017 after she recognized the disparities in how the contributions between Black men and Black women were viewed. She challenged herself with ensuring women were recognized for their hard work and contributions by researching the history of Black women who helped shape Black Radio culture. Her #BlackWomenInRadio social media campaign flourished and attracted nods of acceptance from radio veterans and novices as a resource.

BWIR was established as a LLC. to take professional leadership in providing much needed media services, research, marketing and promotions to change the way Black women are viewed in the media and as professionals.

2020 is the centennial of women’s suffrage and corporate interest radio and Black people are still paralyzed by stereotypes of their blackness. For every message that neglects to tell the wholeness of our stories, BWIR will find ways to amply our relevance and brilliance. The BWIR website reflects a new awareness of the Black woman’s resilience, compassion, focus and determination. This is a “Decade of the New Woman.”

According to the FCC, there are over 3,000 commercial AM stations and 5,000 FM stations in the US, yet women and African Americans own a fraction of the total minority ratio of 9% of radio stations in the country.

Advertisers and Media recognize  BWIR as champions for equality and diversity in the US.

Lead inspired expressions of love, compassion, art, education and history that significantly contributes to Black radio culture and an elevated perception of minority women in media.

We provide multi-media services. We also nurture a network of like-minded professions that use their talent to create positive messaging and inspire others through media arts. BWIR offers a full range of multi-media services including the following: