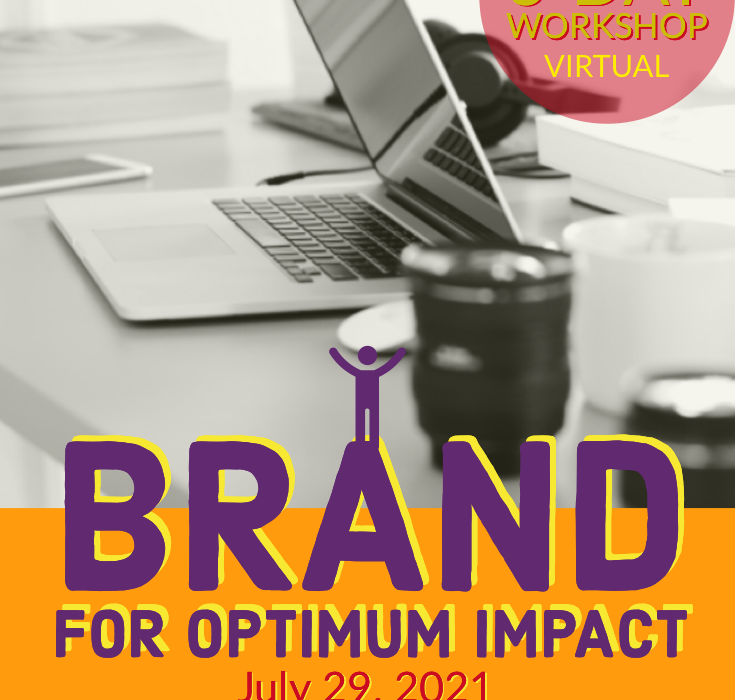 What message are you sending? When you step into a room or pitch an idea what does your Brand say about you?

Breathe life into your image, product or service.

WHO WILL BENEFIT: Leaders, media creatives, and entrepreneurs.

WHAT TO EXPECT: Learn what’s standing between you and your money. Walk away with tools you can use immediately toward launching an impactful presence that makes other people want to do business with you or promote you or hire and partner with you.

HOW TO ENROLL: Register and make payment below. You will receive confirmation within 24 hours of purchase.

General admission is free for BWIR Members or upgrade to VIP for only $49.

END_OF_DOCUMENT_TOKEN_TO_BE_REPLACED

Black Women In Radio is launching their first summer program to empower youth across America this summer. Youth organizers can register a groups between the ages of 14 -24 for this media-centered workshop.

Black Women In Radio is committed to being a dependable resource to empower women and communities. BWIR Founder Fel’esha Love, a former Spelman College faculty member, recently organized a group of educators with dual careers as professional broadcasters to create this unique opportunity for youth and young adults.

END_OF_DOCUMENT_TOKEN_TO_BE_REPLACED 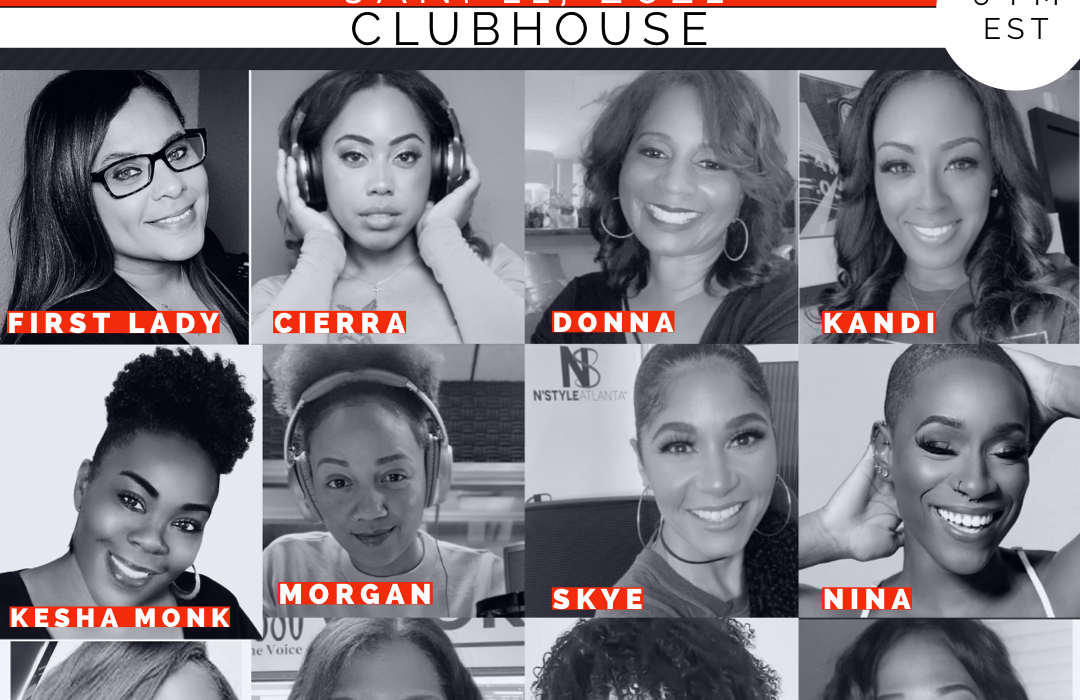 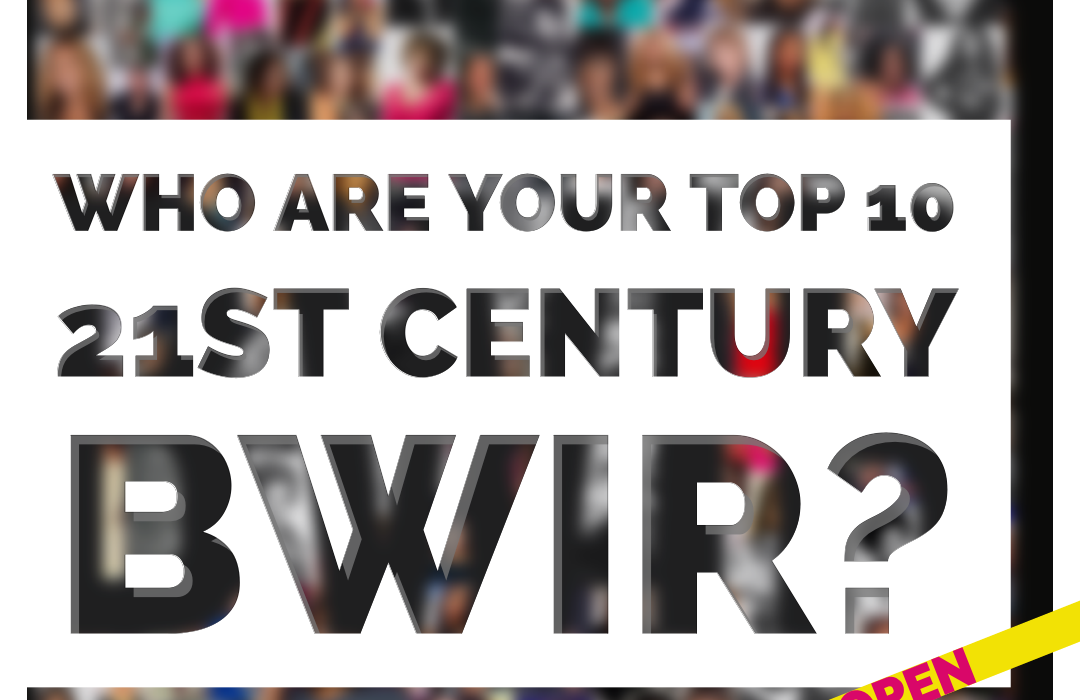 Has anyone ever asked you! Well, we want to know. Who is your pick for the TOP 10 in the industry?

Black Women In Radio is conducting a national survey to identify radio industry professionals you most value in three categories: Radio personality, Leadership, and DJ.

Criteria: We don’t live in a time warp. We recognize that everyone has different career experiences and a variety of influencers from all races and ethnicities. List 10 Badass minority American radio industry professionals who identify as female and demonstrate an unparalleled hustle and drive, demonstrate fearless creativity and talent, and who is unapologetically powerful in the 21st century (2001-present). List one or 10 for each category.

Who are the leaders who use their position to grow people to be better? Who is that legacy worthy radio personality and DJ that we will be talking about for years to come? Finally, who are the historical legends? Provide the nominee’s name and tell us why. GO! Deadline is ASAP. 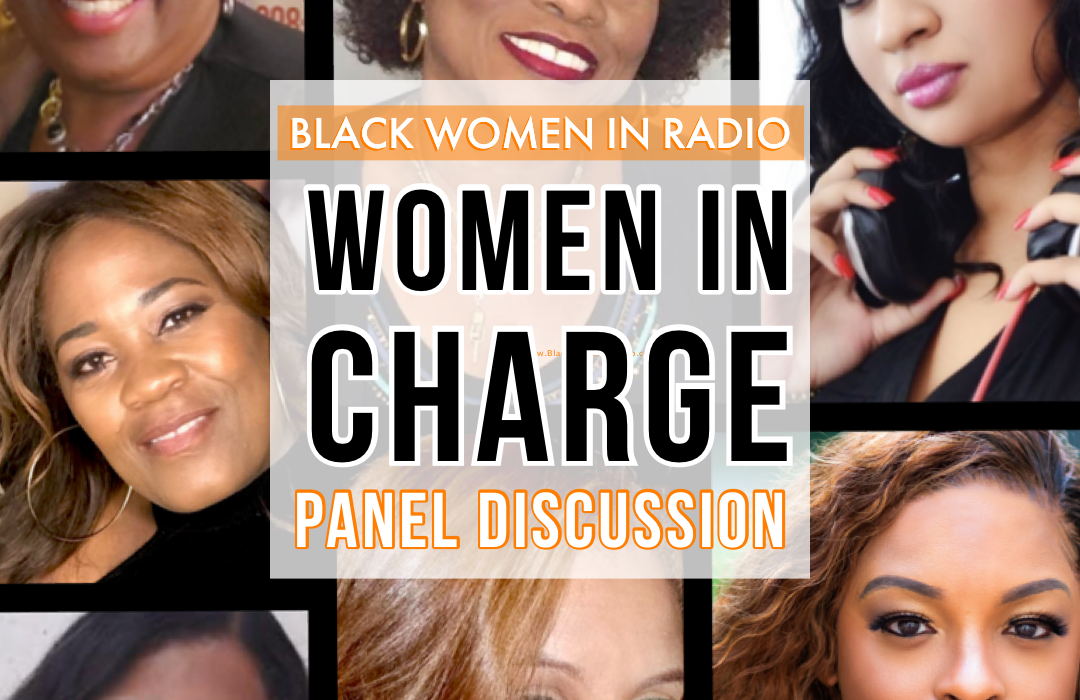 Black Women in Radio (BWIR) hosted a panel of women in various leadership roles in the radio industry. These women range from program directors to station owners discussed the unique challenges women in charge face in this male-dominated field.

BWIR is committed to maintaining a platform that addresses the unique challenges and perspectives of black women. Many women in the radio industry, like other industries, are challenged to be taken seriously. Now the tide is slowly turning.

These women are some of the few who have risen to the top of their game in the industry. These women will share details about their individual journeys to the top, what specific challenges they have faced in the field, how they learned to navigate through the ranks, what unique circumstances they face as female leads, and what it takes to make it to the top and remain. In light of the “Me Too Movement,” this should be interesting.

“It is our goal to create opportunities for the voices of Black women to be heard. We are honored to welcome some notable industry women with impressive leadership skills to provide perspective and insight on how women can change outdated narratives. We are providing more opportunities for women to get educated about the business and our place in it. We want to develop and support more thinkers, influencers, and leaders,” said Felesha Love.

When BWIR conceived their tagline: “Igniting a Decade of the New Woman” they anticipated a journey with twist and turns, but nothing like which has literally happened: historic media layoffs in less than 6 months resulting in unparalleled unemployment, a sole proprietorship seizing control of almost every radio station in America, a global pandemic, and massive global civil rights protests.

The good news is BWIR exists as the only platform where Black women in radio can converge freely to share their thoughts and feelings about their personal experiences in an industry, where for many years they have been either forgotten or overlooked. Black Women in Radio is an organization dedicated to the inclusion and celebration of Black women in the radio industry.

WPGN is Offering Their First Contemporary Jazz Show on Their Gospel Network. Atlanta, GA—Radio veteran and former host of 91.9FM WCLK’s Jazz It Up, Angela Greene has a new contemporary jazz show that has found a home in an unusual place, WPGN Radio, Atlanta, which is a Gospel radio platform. The stakeholders of the Prayzefest Gospel Network have welcomed their first contemporary jazz show to their platform. The all-new Jazz Flavors will air Sundays from 12 p.m.- 2 p.m beginning July 26, 2020 offering listeners a musical treat.

“I asked my friend, Angela Greene to host a jazz show because first of all I absolutely love jazz and she is one of the best announcers out there. I truly believe the gospel audience and the jazz audiences collide musically at many points! Jazz Flavors will add just the right amount of salt and light for our listeners,” said Twanda Black, host of Good News Gospel.

The all-new Jazz Flavors will be hosted by Greene who began her career in radio in 1986. She has worked at several radio stations in the Atlanta market including V-103, Kiss 104, and WSB-FM in addition to serving as the traffic anchor for now defunct nationally syndicated, Tom Joyner Morning Show. Greene is also a journalist, author, and education advocate. Ironically she began her radio career at WCLK when she was a college student. She returned in 2019 to host Jazz It Up before she created, wrote, and produced the all-new Jazz Flavors.

Her partner and curator is Craig “The Groovemaster” Roulhac. Roulhac is the creator of the extremely popular Spotify Contemporary Playlist group on Facebook. The group boast over 300 members including music artist Bob James, Chieli Minucci, Jeff Kashiwa, and Ragan Whiteside. Roulhac creates unique playlist that highlight various artist or music styles and being featured on that list is significant to many artist including Ragan Whiteside. 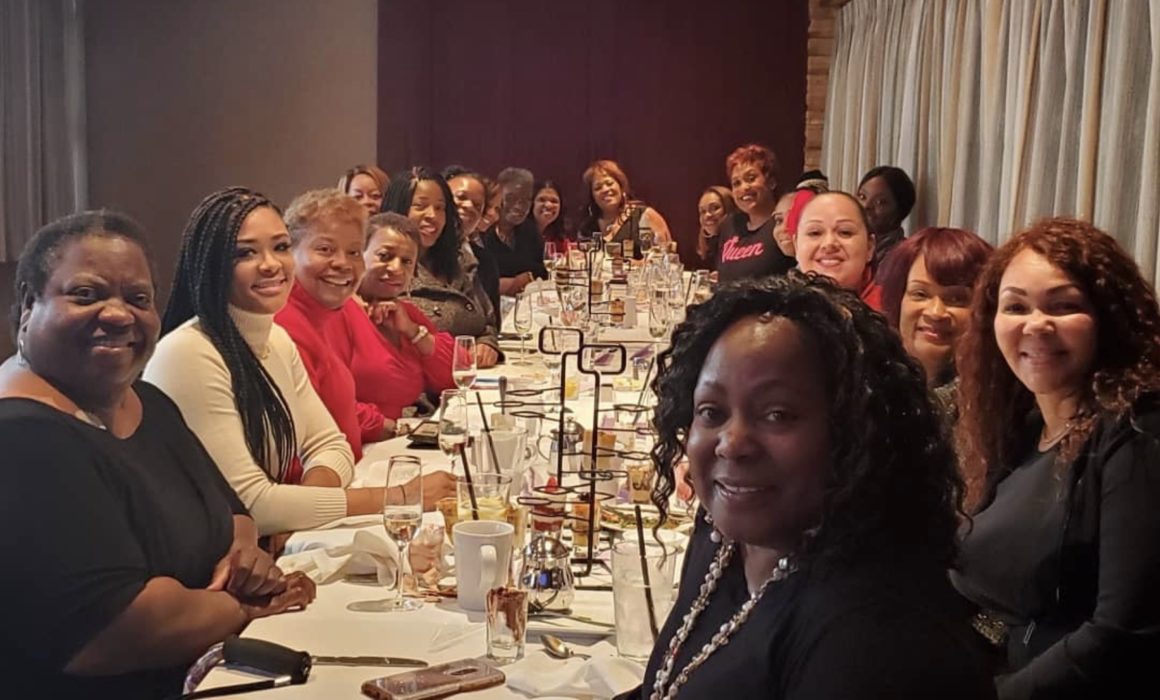 Black Women in Radio are Front and Center

ATLANTA, Georgia May 29—–When Felesha Love kicked off the Black Women in Radio (BWIR) marketing campaign in 2017, she had no idea of the overwhelming support and impact this campaign would have on this interconnected group of women. Love is media veteran with over 30 years of experience in the radio industry. She is using that experience to help change the perception of Black women in radio and forcing the industry to give them the credit they have earned and deserved for their contributions for which many have been overlooked and excluded. That is the primary goal of BWIR.

Since its inception, BWIR has been on an aggressive marketing campaign highlighting women who contribute to radio using industry-specific highlights, feature stories, Influencers of the Month, and Podcast to celebrate the countless women in radio, many of whom have never been recognized for their work.

“The BWIR platform exists to tell the story of contributors and influencers that impact our culture and to inspire others to enter media arts,” said Felesha Love, Founder of BWIR.

Love has been able to connect women all over the U.S., and abroad of all age ranges and levels of experience in the industry. This effort has proven to be quite effective and most appreciated as many of the women on the BWIR platforms did not previously know each other.

BWIR has an elite of board of strong and progressive women, some who are also radio veterans and others who are not. BWIR has secured several media partners including 91.9 FM WCLK, WAOK 1380 AM, and Davis Broadcasting, who support the agenda of promoting BWIR.

In addition to her significant contributions to radio, Love is also an educator and author.  She is a former professor at Spelman College, where she developed a wellness pedagogy that is devoted to addressing Mind, Body, Spirit Wellness and helping people build and nurture healthier relationships. She also established MySpiritFitness Management Group, which produces positive content for broadcast and digital media including her “Two Minute Manager Shows,” the “Felesha Love Show”, and now the BWIR podcast.

She is the author of “Brave Leap to Freedom: Integrating Mind Body and Spirit to Cultivate Healthy Relationships,” for which she facilitated national book tours and workshops.

These accomplishments only solidify her efforts to strengthen the roles of Black women in radio. Through her own personal research, she noticed the disparities of Black women in the industry, which made her determined to remove Black women from the shadows and shine a light so bright that history can no longer ignore them.

“Our purpose is not to compete with other women’s organizations, but strictly to make the invisible, visible and change the perception of how Black women are viewed,” said Love.

“God bless you and this movement. It is well needed. I thank God for placing it on you heart and continue to rock with. I feel like its right up there with other movements Black Lives Matter, Black Girls Rock, Women in Radio, baby,” said Courtney Hicks, veteran radio personality and current morning anchor/host of Fox 54 in Augusta, Ga.

Several board members of BWIR have participated in discussions at several universities and have been invited to speak at the Library of Congress in a panel discussion on the state of black radio in 2021.

Black Women in Radio is an organization dedicated to the inclusion and celebration of Black women in the radio industry.

March is Women’s History month, as such, Spelman College Event Envoys are welcoming Black Women In Radio (BWIR) and their 2020
campaign, “Igniting a Decade of the New Woman” on Wednesday, March 4, 2020 in the President’s Dining Room at Spelman College.

Local BWIR Board members including, Founder, Felesha Love, Director of Media Relations and Public Affairs, Angela Greene, Director of National Partnerships and Alliances, Joyce Littel, and Director of Film and Media Arts, Cynthia Brooks will be participating in a panel discussion on “Overcoming Barriers in the Radio Industry.”

Atlanta, GA— Black Women in Radio (BWIR), an arm of the National Black Radio Hall of Fame (NBRHOF) will conduct the research, manage, and create artistic media arts for display in The NBRHOF museum honoring the history of Black women. “The
platform exists to tell the story of contributors and influences that impact our culture and to inspire others to enter media arts,” said Felesha Love, founder of BWIR.

Recently the National Black Radio Hall of Fame (NBRHOF), Atlanta Chapter, awarded two Black Women In Radio awards for their contributions to the art. WAOK’S, Zilla Mays and WZZA’s Tori Bailey were both recognized earlier this fall in the NBRHOF induction ceremony in Atlanta.