Students must receive approval from college administrator, or career advisor before the internship application process is complete. Begin the process today. Email Felèsha Love at feleshalove@blackwomeninradio to request an application. #internship #college #media

You may be familiar with her loud contagious laugh, or even with her luminous smile which you can often “see through the radio” as many would say. Keisha Nicole, started her career at legendary KDAY in her hometown of Los Angeles. There she blazed the Saturday Night Live show. As she continued to grow an exuberant and prosperous work ethic, she quickly made it known that she was taking over. Moving from weekends to prime time over the next few years, Keisha Nicole has become one of the most recognized voices on radio air waves in the mid-west.  Moving from the Mid-West to Houston, Keisha brings that same energy, lifestyle and excitement to middays in H-Town with 97.9 The Box as one of the host for Good Morning H-Town 5a-10a as well as middays with Keisha Nicole. Keisha  stands for the empowerment of young women and through her mentorship she believes that, “this is only the beginning, God has given me a voice and position to inspire and lead the next generation every day and I will continue to do so. It’s a dream come true for Keisha. From intern/receptionist at a radio station to now taking over the airwaves in one of the top markets in the country.

Ashmac is a radio personality and host with a background in marketing, promotions and production. Ashley first explored her passion for the music industry as an intern for Universal Motown Records in New York City. She graduated from Norfolk State University with a BA in Music Media emphasis in Communications. Her radio career began on Norfolk State University’s WNSB Hot91 as an intern in 2011. She then worked her way up to iHeart Media rising from Production Assistant to Promotions Coordinator for 103 JAMZ and on-air talent for KISS92 from 2012-2014. In 2015, she became the Assistant Program Director and on-air talent for WNSB HOT91, where she won awards such as Most Supportive Radio Station in Hampton Roads, Employee of the month consecutively, amongst others. Ashmac currently resides in Cincinnati, OH as on-air midday personality, from 10-3p, and is currently Cincinnati’s #1 Urban midday show on 101.1 The Wiz. She can also be heard in Columbus, OH on Power 1075/106 and Indianapolis, IN’s #1 Station for Hip-Hop and R&B, Hot963. She’s been featured as a host on BET’s College Tour, the Hampton’s Jazz Festival, the Nationally syndicated Rickey Smiley Morning Show and as a media correspondent for Cincinnati’s FOX19.

As an entrepreneur, radio and television host, Rene Miller has created some of the most coveted events in Atlanta. She is a veteran broadcaster and has worked with several radio stations across the country. With her company, Rene Miller presents-  Rene created and developed two Atlanta mainstays, The Got Jazz Series, the largest free smooth jazz concert series in Centennial Olympic Park and LIVE from Loews with the Loews Hotel Group in Atlanta and Philadelphia.

END_OF_DOCUMENT_TOKEN_TO_BE_REPLACED

Born and raised in Detroit, Cortney knew early on in life that her love of Radio and TV would lead to a career in Media and it was nothing short of focused determination that helped push her dreams into reality.

In 1994 while attending Michigan State University, Cortney took an internship at WQHH that proved to be her introduction to a successful multi-media career. Cortney’s natural delivery coupled with an ability to connect with listeners and viewers quickly provided an opportunity for her to join the full-time on-air staff well within the year. She came to be known and loved as “Lansing’s Home Girl” and was well sought after and celebrated in the Lansing, MSU community. Cortney’s memorable run as Night Host stayed top of mind with listeners as years later her younger brother, Jay Hicks, held the same position while working his way to Program Director under the guidance of his big sister.

In 1995 while completing her Communication studies at MSU, Cortney accepted an opportunity to join the WEJM staff as the new Midday Host in Chicago, the 3rd largest radio market in the country. After a very successful three year run she was invited to return home and serve as Co-Host for the legendary Mason & Company Morning Show on WJLB from 1997-2000. Cortney then returned to Chicago in 2001 to serve as Midday Host and assist in launching WPWX. Through hard work and dedication, she was promoted to the coveted Morning Show Host position in 2005 making her the first female jock in Chicago radio history to headline a morning show.

In 2007, Cortney relocated to Mobile, AL to join WBLX as Assistant Program Director and Midday Host. She was also picked up as the weekly entertainment and community affairs reporter for NBC 15. After a few years in these positions, Cortney made another career building move when she became the syndicated Midday Host at Radio One, Inc. for WMMJ in D.C. and WDMK in Detroit from 2010-2014.

Cortney’s career continues to expand to now include TV appearances, live vocal performances, along with commercial print modeling and acting. She made a guest appearance in the off Broadway production of The Color Purple, the Vagina Monologues, The Dr. Oz Show and a principle role in the Discovery Channel series “Who The Bleep Did I Marry”. Cortney was a regular Pop Culture contributor for TV One, FOX 5, DC50, and WUSA9 while in D.C. She was a recipient of the CVS Mirror Mirror Award, a FLOTUS press core member for Michelle Obama’s the “Lets Move” campaign and served as the Spokesperson for the YWCA National Capitol Area. From 20015-17, Cortney served as Music Director and Afternoon Host for V101.9FM and Entertainment Contributor for “Good Day Charlotte” on FOX46. Before fully transitioning to TV, she was apart of the line-up on 105.1 The Bounce in Detroit. Currently, Cortney can still be heard on the radio at KISS 103.1 in Central Texas and seen as the Morning News Anchor on WFXG Fox54 in Augusta, GA.

We’re celebrating Black Women In Radio Influencer, radio host, and respected journalist SYBIL WILKES♥️ As you know, the Tom Joyner Morning Show is a broadcast institution, and Sybil, an original cast member, is a large part of its extraordinary 25-year success serving over 100 markets with an audience of more than eight million. 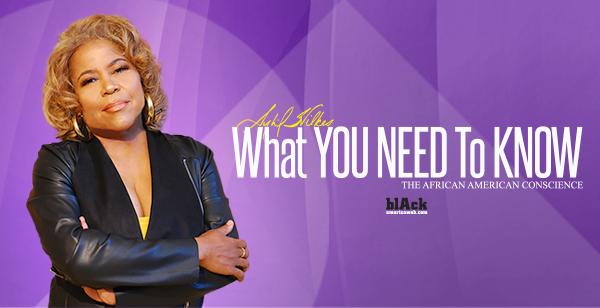 Check out Sybil’s “What You Need To Know” community news and social media page to keep up with current news and information.

Sybil Wilkes is the co-host of the Tom Joyner Morning Show, a nationally syndicated radio program heard in over 100 markets with an audience of more than eight million. An original member of the show, initially joining the crew as a news anchor, each morning Wilkes provides “the voice of reason” alongside host Tom Joyner and co-host J. Anthony Brown.

This native Chicagoan began her radio career in 1985 as a production assistant with WKQX-FM, Chicago. She eventually went on to news management and reporting jobs at WINK-AM/FM, Fort Myers, Florida; WRCC-FM, Cape Coral, Florida; and WCKZ-FM, Charlotte, North Carolina. In 1989 Wilkes joined WGCI-AM/FM, Chicago, as a talk show host. In 1990 she became a reporter for Chicago’s Shadow Traffic Network. While with Shadow, Wilkes delivered morning and afternoon drive traffic updates and worked as one of Tom Joyner’s WGCI-FM sidekicks.

A noted news and political journalist, Wilkes has landed major interviews with some of today’s top newsmakers including joining President Barack Obama and Senator John Edwards on the campaign trail for exclusive one-on-one interviews as well as a candid interview with Former President Bill Clinton. As an avid reader, she created “Sybil’s Book Club”, started in 1996, which features African-American authors at live events and offers an opportunity for book lovers to meet and engage with their favorite writers.

Being a celebrated radio personality and journalist she has received a number of accolades including The President’s Award from the NAACP Image Awards, and an honorary Doctorate Degree from Bennett College in Greensboro, NC. Most recently, Wilkes has become a national ambassador for the Susan G. Komen Circle of Promise Campaign. She also co-hosts a local Sunday afternoon inspirational radio program with Pastor Frederick Haynes in Dallas. A graduate of Northwestern University, she received a Bachelors of Science in Political Science and Communication Studies.

Wilkes lives by the biblical saying handed down by her parents, “To whom much is given, much is required.” When not using her “Big A” words on the show, Sybil has an interest in politics, photography, and sports.

Michel Wright is an award-winning media personality based in Washington, D.C. She is co-host and producer of the popular District Cable Network show, The 202, which won an Emmy Award for “Outstanding Interview” with legendary group BBD.

She hosts the popular weeknight show, The Suite Spot, on SiriusXM and is also the ‘voice’ of their Classical Music Channel, Symphony Hall.

Michel is also the signature ‘voice’ on the nationally syndicated show, Cafe Mocha Radio and additionally serves as the lifestyle host for their digital series.

She is creative partner of a monthly networking series called HERSday, which celebrates, uplifts and supports women of all backgrounds from various cities around the country.

Her voiceover work has been heard on BET, TV One, HBO, Showtime TV and more.

She has created content and served as producer/host for CBS Radio, Westwood One, Viacom, AOL, MHz Networks and SiriusXM.

Michel has been recognized by the DC City Council for her years of service and commitment to the community. She’s received the Capitol Cadillac Standard of Living Award, the Women of Prince George’s Community Outreach Award, a Media Innovator Award, Billboard Pro and a NATOA Award for Excellence. She currently serves on the board of The Peggy Beatrice Foundation. Source Radio.com